Perfectionism is one of those double-edged swords. My own perfectionism, I believe, has been a central driving force for my development as a teacher – a frequent quest to make what might already be ‘good enough’, better and better. My specific affliction has lead me to persevere, play with the big picture, dive into the details, sometimes over-think, often make things worse, but, on the whole, it has taught me a great deal through the tinkering trial and error that results. However, the downside throughout my career has always been the potential for paralysis, a desire to find perfection immediately, and, as a result, not starting something at all.

Why do I share this? Well, because there is a maxim (with an important caveat) that I’ve found helpful. I don’t know its origin, though a quick Google suggests that Harry S. Truman may have said something similar. Embarrassingly, it’s one of those things which you think you’ve stumbled upon yourself, but in fact is something that you picked up via cultural osmosis. It goes as follows (thanks Canva for the design tool): 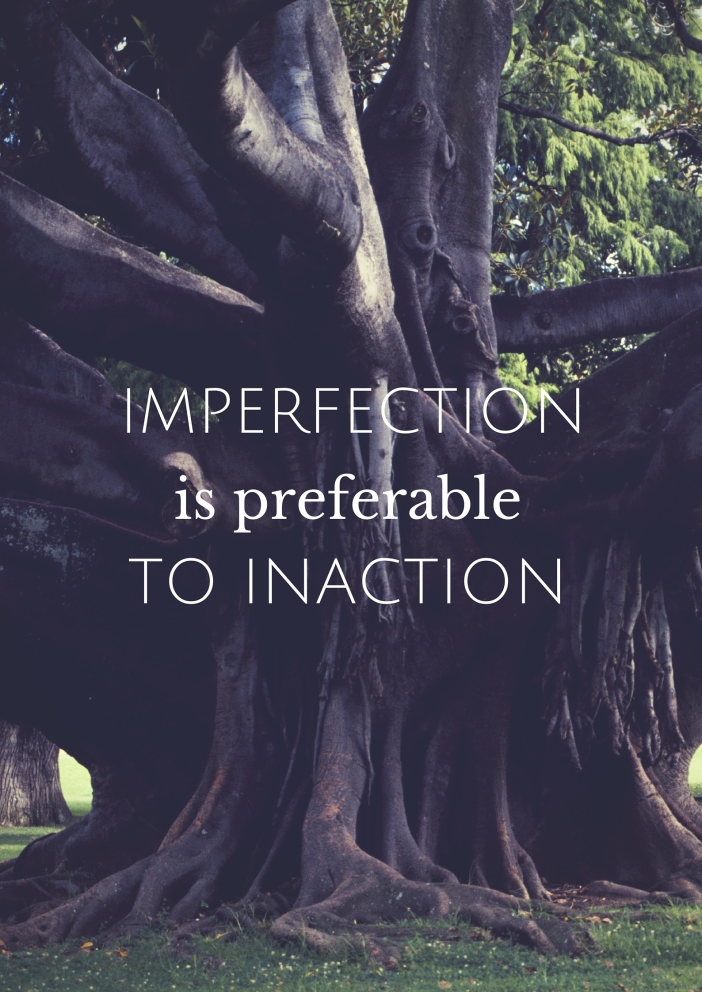 However, this is only half the story. I cannot unthinkingly embrace a ‘Cult of Failure’. By the way, on this point, Slate did a great piece pulling apart the decontextualisation of the following lines ‘repurposed’ from Beckett’s novella Worstward Ho:

Regardless of the abundant ironies in the infamously pessimistic Beckett being parroted in this way, people are right to identify the learning that goes on as being crucial; the failing is the easy part, not the aspect with which you necessarily need encouragement. It’s this that is the caveat to the earlier maxim. Imperfection can never be your goal. It must be a stepping stone to something greater, now accessible because the brakes are off. You must be ready to persevere, to seek feedback from peers, to monitor and evaluate, to reflect carefully on any unintended outcomes. I think, if I were to capture it in another gnomic utterance, it would be as follows:

This also neatly captures why I’m blogging. How about you?

4 thoughts on “On Catalysts and Imperfection”